Find out more about new features and improvements in Fabasoft Contracts.

As an end user, you can expect the following new features.

It is now possible to define not only standard limits for approval levels but also special cases. To this end, a new field has been added in the “Administration” tab of the Contract Manager configuration settings, named Special Cases for Approval Levels. At the same time, the existing field where you can define limits has been renamed to Default Limits for Approval Levels. The new dialog for the definition of a special case is depicted in the following screenshot. 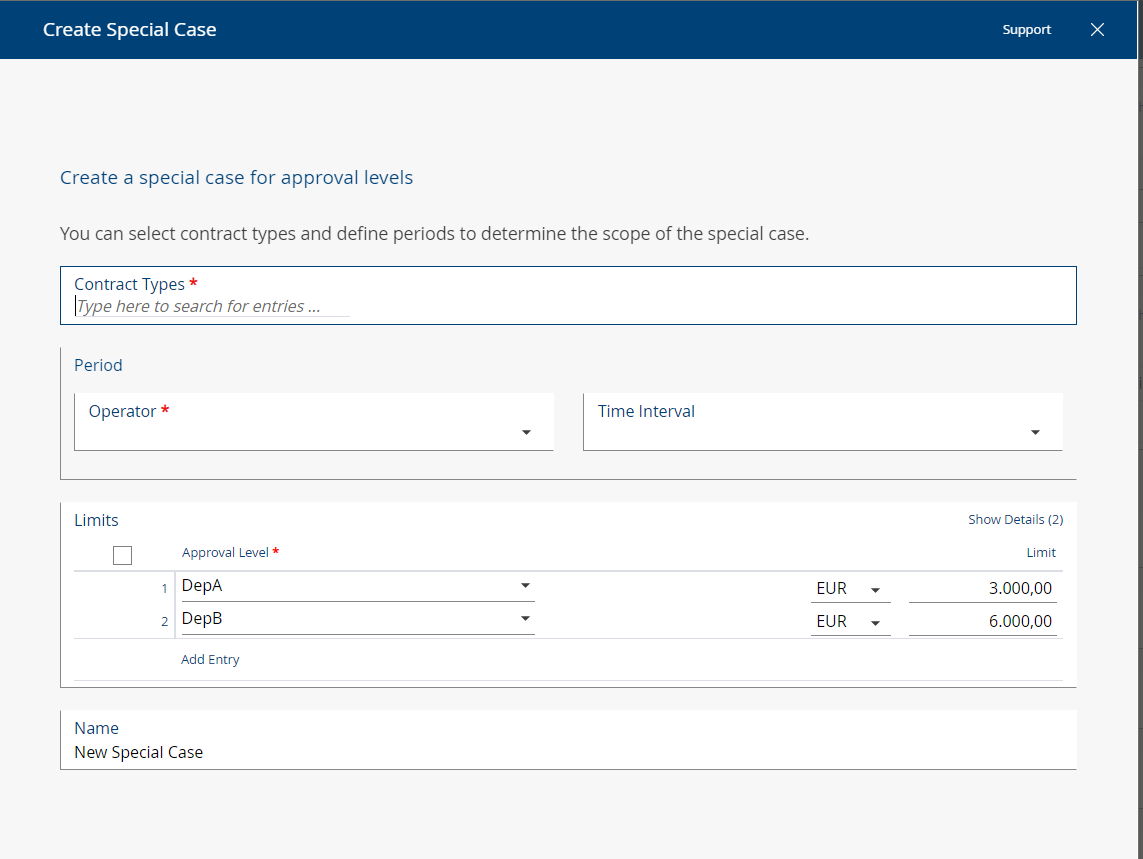 Adobe Sign is now supported for digitally signing contract documents. It just needs to be enabled in the Administration tab of the Contract Manager Configuration.

It is now possible to import elements, for example user objects, documents, etc., from an Excel or CSV file into element lists that can be found in the properties of a contract or legal file. Apart from the attributes offered by the element’s class, it is possible to include user-defined attributes as columns in the Excel/CSV file.